Long before there was a movie called The Matrix, and even before anything alternative was out on the Internet, Val Valerian published a voluminous series of publications attempting to chronicle and make sense of the entire paradigm we know as consciousness.

This particular interview did made my  Radar lamp of  “Inner Truth Resonance and KNOWing” flashing so bright that I needed to put it OUT there just for the sake of having all of those who tune into it minds blown away 😉 .. and hopefully trigger awakening to Remember button..

This knowledge has been out there for so long and it’s sad that people often choose to swim in gentle, comfortably blinding waves of TV waves rather than Digging something Deeper … For those ready to listen tough – Dig INto that :

“Valdamar Valerian has researched alien phenomena and interaction with human beings since 1969. He spent 18 months in Southeast Asia from 1970-71 as a combat photographer, where he saw much UFO activity. After spending four years in England from 1980 to 1984 he gathered all the top research at his disposal and released what became known as ‘The Krll Papers,’ forerunner of the 381-page book, ‘The Matrix’, published in 1987. He began networking with researchers worldwide and started an organization known as Nevada Aerial Research Group (NAR)

END_OF_DOCUMENT_TOKEN_TO_BE_REPLACED

Gregg Braden is a rare blend of scientist, visionary and scholar with the ability to speak to our minds, while touching the wisdom of our hearts. 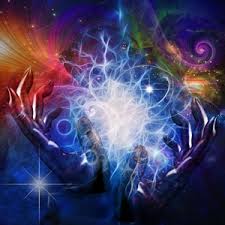 I wrote about Gregg Braden in previous posts, so won’t focus this post on his biography as it’s not important. What’s important is the message he brings and delivers to Humanity, as he steps fully into being an amazing Ambassador  for bridging Science and Spirituality.

If anyone is interested why I practise META Health approach to healing/Integrative Medicine with focus on balancing Mind Body Spirit (Physical, Emotional, Psychological and Mental Body) with emphasis on energy work and why I think in terms of Energy, Vibrations and Frequencies in relation to our Reality we live in … here are some video- reasons why I do what I do…( which is often difficult to combine in stiff frames of definitions .. 😉 )

I could pick at least dozen more of video lectures and talks by Braden, but think those few will shift, mind blow and awaken your Higher Curiosity enough to start questioning what you’ve been told in schools and all formal trainings you’ve ever received and start looking behind the veil for some Truths kept hidden from you.

I could write an entire essay about the electromagnetic field running through all living organisms and us being these energy BEings here on Earth. As we are generating this electromagnetic field created by electrical activity in our bodies, that is created by electrical currents in our nervous systems, as well as the electrochemical processes that are constantly occurring in all of our cells…, then moving to the impact of our emotions, quantum physics and mechanics and its relation to our life, Heart coherence, connection between Heart and the Brain, illusion of physical reality …and so on and so on…

I will save myself some time writing and will direct you to watch/listen/digest and absorb those words of wisdom in your own unique way. Take whatever is resonating with You and leave the rest. Probably you will find it hard to find anything that will not resonate with your own truths felt on some deeper cellular level inside of you… You’ll need to check for yourself. So here we go :

THE SCIENCE OF MIRACLES (Sounds cheezy – but believe me – won’t be that anymore once you listen to that ):

THE FEELING IS THE PRAYER