In my very early twenties when I continued to develop my character into a system buster type, searching passionately and wholeheartedly for answers, I came across David Icke’s name on some alternative, conspiracy “theories” websites and started reading about him as I felt something resonated inside me with what he had to pass on with his messages and point of views. It resonated deep enough to make me read his most popular books and finally I ended up watching and listening to literally hundreds of hours of David’s amazingly vibrant, long public speeches that I could find on youtube ( very often in HD, whole, uncut, 3-4 h lectures/talks ).

Who is David Icke? From Wikipedia:

“David Vaughan Icke (born 29 April 1952) is an English writer, public speaker and former professional footballer. He promotes conspiracy theories about global politics and has written extensively about them.

Icke was a BBC television sports presenter and spokesman for the Green Party, when in 1990 a psychic told him that he was a healer who had been placed on Earth for a purpose, and that the spirit world was going to pass messages to him. In March 1991 he held a press conference to announce that he was a “Son of the Godhead” – a phrase he said later the media had misunderstood. He said that a subsequent appearance on BBC’s Wogan changed his life, turning him from a respected household name into someone who was laughed at whenever he appeared in public.  END_OF_DOCUMENT_TOKEN_TO_BE_REPLACED 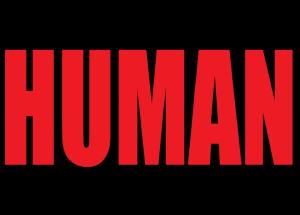 I came across this independent films a while ago. It’s packed with some interesting outside the box thinking information.
For people who like to connect the dots and who recognise current economic system we live in as parasitic paradigm that will lead to self destruction. For all, who want to shape a natural order of sick reality and see the necessity of implementing CHANGE.

HUMAN the film REDUX is a refined, shorter version of Human the film that has been cut down where possible yet still maintaining the message of theoriginal film. It has been compiled using youtube, news archive and other footage sources, it looks at the different aspects of the system we live and work in including the government, politics, money, war, healthcare and other social issues. this film is about the world in which we reside and the systems that govern it.

END_OF_DOCUMENT_TOKEN_TO_BE_REPLACED 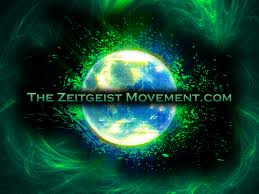 I’ve been in love with documentary films for a long time now. They hugely helped me to shape my reality and understand the world better from different, not commercial media spoon fed point of view. Without a doubt 3 documentary movies that fired and wired my awe inspired neurons together were released by renowned The Zeitgeist Movement.

What is The Zeitgeist Movement and what it stands for? It’s definitely important to get familiar with this movement as it delivers solutions our Earth, society and entire Humanity longs for. From their mission statement :

“Founded in 2008 (by Peter Joseph), The Zeitgeist Movement is a sustainability advocacy organization, which conducts community based activism and awareness actions through a network of global/regional chapters, project teams, annual events, media and charity work.

The movement’s principle focus includes the recognition that the majority of the social problems that plague the human species at this time are not the sole result of some institutional corruption, absolute scarcity, a political policy, a flaw of “human nature” or other commonly held assumptions of causality. Rather, the movement recognizes that issues such as poverty, corruption, pollution, homelessness, war, starvation and the like appear to be “symptoms” born out of an outdated social structure.

While intermediate reform steps and temporal community support are of interest to the movement, the defining goal is the installation of a new socioeconomic model based upon technically responsible resource management, allocation and design through what would be considered the scientific method of reasoning problems and finding optimized solutions.

This “Natural Law/Resource-Based Economy” (NLRBE) is about taking a direct technical approach to social management as opposed to a monetary or even political one. It is about updating the workings of society to the most advanced and proven methods known, leaving behind the damaging consequences and limiting inhibitions. which are generated by our current system of monetary exchange, profit, business and other structural and motivational issues.

The movement is loyal to a train of thought, not figures or institutions. The view held is that through the use of socially targeted research and tested understandings in science and technology, we are now able to logically arrive at societal applications that could be profoundly more effective in meeting the needs of the human population, increasing public health. There is little reason to assume war, poverty, most crime and many other monetarily-based scarcity effects common in our current model cannot be resolved over time. The range of the movement’s activism and awareness campaigns extend from short to long term, with methods based explicitly on non-violent methods of communication.

The Zeitgeist Movement has no allegiance to country or traditional political platforms. It views the world as a single system and the human species as a single family and recognizes that all countries must disarm and learn to share resources and ideas if we expect to survive in the long run. Hence, the solutions arrived at and promoted are in the interest to help everyone on Earth, not a select group”

END_OF_DOCUMENT_TOKEN_TO_BE_REPLACED

Democracy Now! is a national, daily, independent, award-winning news program hosted by journalists Amy Goodman and Juan Gonzalez. Democracy Now!’s War and Peace Report provides our audience with access to people and perspectives rarely heard in the U.S.corporate-sponsored media, including independent and international journalists, ordinary people from around the world who are directly affected by U.S. foreign policy, grassroots leaders and peace activists, artists, academics and independent analysts. In addition, Democracy Now! hosts real debates–debates between people who substantially disagree, such as between the White House or the Pentagon spokespeople on the one hand, and grassroots activists on the other.

Democracy Now! is funded entirely through contributions from listeners, viewers, and foundations. We do not accept advertisers, corporate underwriting, or government funding. This allows us to maintain our independence.

Definitely worth checking out for all activists out there or people hungry for some non commercial, independent  views on what’s going on in the world. Mostly political.

Search by topics of interests.