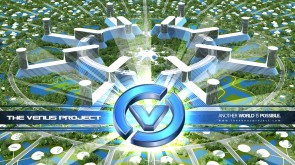 Few years ago I came across The Venus Project and fell deep in love with life long work of the founder, social engineer, futurist, architectural designer Jacque Fresco. Personally I think he proposes the best model by far to create a better world free from hunger, crisis, wars and poverty based on scientific solutions and resource based economy. I can assure everybody, it is not wishful thinking based on utopia dreamlike state. The solutions are offered to us on a clean  plate here with all ways given on how to implement them into reality and make the old system simply obsolete. It’s up to Humanity what we gonna do with it.

What exactly is The Venus Project?

“The Venus Project is an organization founded by Jacque Fresco that advocates for what it calls a resource-based economy. The goal is to combine Fresco’s versions of sustainable development, energy efficiency, natural resource management and advanced automation in a global socioeconomic system based on social cooperation and scientific methodology. The Venus Project was founded in 1995 as a for-profit corporation by Jacque Fresco and Roxanne Meadows in Venus, Florida.

A separate, non profit organization started by Fresco and his business partner Roxanne Meadows is Future By Design, founded in 2003.

Fresco lectures his ideas and gives tours of the Venus Project location. The term “resource based economy” is used by the Venus Project to describe a hypothetical economical system in which goods, services, and information are free. Fresco argues that Earth has enough resources and that the practice of distributing resources through a price system  method is irrelevant and counterproductive to survival.” (source Wikipedia)

“The Venus Project proposes an alternative vision of what the future can be if we apply what we already know in order to achieve a sustainable new world civilization. It calls for a straightforward redesign of our culture in which the age-old inadequacies of war, poverty, hunger, debt and unnecessary human suffering are viewed not only as avoidable, but as totally unacceptable. Anything less will result in a continuation of the same catalogue of problems inherent in today’s world. Today many people believe what is needed is a higher sense of ethical standards and the enactment of international laws to assure a sustainable global society.

Experience tells us that human behavior can be modified, either toward constructive or destructive activity. This is what The Venus Project is all about – directing our technology and resources toward the positive, for the maximum benefit of people and planet, and seeking out new ways of thinking and living that emphasize and celebrate the vast potential of the human spirit. We have the tools at hand to design and build a future that is worthy of the human potential. The Venus Project presents a bold, new direction for humanity that entails nothing less than the total redesign of our culture. What follows is not an attempt to predict what will be done, only what could be done. The responsibility for our future is in our hands, and depends on the decisions that we make today. The greatest resource that is available today is our own ingenuity.

While social reformers and think tanks formulate strategies that treat only superficial symptoms, without touching the basic social operation, The Venus Project approaches these problems somewhat differently. We feel we cannot eliminate these problems within the framework of the present political and monetary establishment. It would take too many years to accomplish any significant change. Most likely they would be watered down and thinned out to such an extent that the changes would be indistinguishable.

The Venus Project advocates an alternative vision for a sustainable new world civilization unlike any social system that has gone before. Although this description is highly condensed, it is based upon years of study and experimental research by many, many people from many scientific disciplines.

We propose a fresh, holistic approach – one that is dedicated to human and environmental concerns. It is an attainable vision of a bright and better future, one that is appropriate to the times in which we live, and both practical and feasible for a positive future for all the world’s people.

The Venus Project calls for a straightforward approach to the redesign of a culture, in which the age-old inadequacies of war, poverty, hunger, debt, environmental degradation and unnecessary human suffering are viewed not only as avoidable, but totally unacceptable (…)”

What the Venus Project proposes is that we bring all the nations together and take care of everything on Earth. It wants to bring the end to the separate nations, the end of artificial boundaries that separate people and a sharing of all the world’s resources by all the world’s people. Anything less than that will create the same problems over and over again. If few nations control all of the Earth’s resources we are going to have territorial disputes, we going to have war and all the problems we have always had.

We can’t solve our problems with the same level of thinking that created the problems and you really don’t need to have Einstein’s brain in order to get that. The Venus Project surely offers a totally new, fresh perspective on solving today’s world’s problems.

For more information about the Project, the obsolete monetary system and resource based economy please visit the link TVP about and main TVP website.

To get you started I will post here some links to Jacque Fresco’s talks and lectures on vast amount of subjects related to TVP, social engineering solutions, culture, human behaviour, politics, religion, implementing resource based economy and how reality (does not) work now.  I am sure that it will  make you fall in love, like I did, with this 98 years old now (!), vibrant, full of stamina and zest for life wizard scientist. The way he uses his language is so spot on and easily understandable by a 10 year old, so do not be put off by words that usually align with Jacque like: social engineering, cybernetics, automation, futurist, industrial and architectural design, robotics;   Apart from exceptionally well tailored speech he sneaks in “up to date”,  modern words like fucked up culture, crap, the world’s is sicker than shit, apparently  to emphasise and deliver his message even clearer 😉

I got addicted to listening to what he has to say and I’ve been in deep awe in the way his brain works. I listened to hundreds of hours of Fresco’s talks and watched most interviews with him out there during the last 4 years. There is loads of material to watch and listen to available for free on youtube and on TVP website itself so get comfortable and start diggin’.

Some of Fresco’s lectures that I’d recommend:

5. Jacque Fresco on illusion of free will :

Apart from enjoying the above talks, there are 2 movies about TVP that bring all the information into well designed movie entity. You can watch the movies for free on youtube, stream directly from TVP website or purchase them in order to hep support the project and its future work. 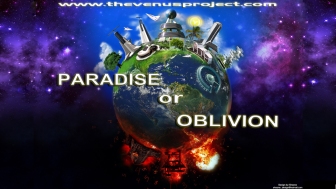 I. “The Venus Project -Future by Design” (2006) movie by William Gazecki

Future by Design shares the life and far-reaching vision of Jacque Fresco, considered by many to be a modern day Da Vinci. Peer to Einstein and Buckminster Fuller, Jacque is a self-taught futurist who describes himself most often as a “generalist” or multi-disciplinarian — a student of many inter-related fields. He is a prolific inventor, having spent his entire life (he is now 90 years old) conceiving of and devising inventions on various scales which entail the use of innovative technology. As a futurist, Jacque is not only a conceptualist and a theoretician, but he is also an engineer and a designer – written by William Gazecki

Both are amazing and highly I recommend both.

On top of that TVP offers a BOOK called “The best that money can’t buy. Beyond politics, poverty & war” to be purchased directly from their website or easily found on amazon.

In this book “Jacque Fresco envisions a global civilization in which science and technology are applied with human and environmental concern to secure, protect, and encourage a more humane world for all people. This book offers a possible way out of our recurring cycles of boom and recession, famine, poverty, a declining environment, and territorial conflicts where peace is merely the interval between wars. It outlines an attainable, humane social design of the near future where human rights are no longer paper proclamations but a way of life. The Best That Money Can’t Buy is a challenge to all people to work towards a society in which all of the world’s resources become the common heritage of all of the earth’s people. It is accompanied by 70 color photos of Fresco’s original designs, which illuminate the fulfilling lifestyle of a global, resource-based economy. 176 pages, published 2002.”

I would really advice to get your hands on that book, but if you can’t afford it I can send it to you in Pdf form from my own source. So if needed, drop me a line.

Hopefully I managed to awake somebody’s curiosity and hunger to eat more alternative innovative, information, becoming more knowledgeable and productive and  in our lives with what we’ve learnt. If I manage to implement and pass on a friendly virus of constant learning, that comfortably has been living in symbiosis in my body for years know, to at least one individual out there, I would feel truly fulfilled.

Enjoy The Venus Project lectures, movies, book and its website all focused on problem solving that will serve all people and not just selected few. Make sure You also check the Technology tab on TVP website to read about designs of future City Systems (as new living oranisms), Cities in the sea, Housing, Energy, Construction, Transportation, Space;